The Astronomical Society of Australia (ASA) was formed in 1966 as the organisation of professional astronomers in Australia. It was incorporated in the ACT in 1993. The operation of the Society is governed by its Constitution and By-laws and administered by its Council. The purposes of the ASA are described in its Statement of Purpose.

What is the ASA?

The Society has adopted a structure in which topical interest groups may be formed, known as Chapters. Currently there are five Chapters:

The History of the ASA

ASA member, Nick Lomb has published the following historical papers in the peer-reviewed journal Historical Records of Australian Science . These will be accessible to many local ASA members through their institutional library.  If not, the papers can also be found on University of Southern Queensland (USQ) preprint server.

The ASA in Australian Astronomy

The ASA is one of 3 peak bodies in Australian astronomy.

The ASA provides a community forum for Australian astronomers and represents their interests individually and collectively. The Society fosters Australian astronomy through regular scientific meetings, the publication of a scientific journal, and workshops and activities to support students and early-career researchers.

The National Committee for Astronomy (NCA) is a committee of the Australian Academy of Science (AAS). The AAS is Australia’s link with the International Science Council (ISC) and its constituent bodies and committees, in particular the International Astronomical Union (IAU). The NCA also carries out regular discipline reviews (most recently the 2005 and 2015 Astronomy Decadal Plans and 2011 & 2020 Mid-Term Reviews) and addresses other issues of community-wide significance.

Astronomy Australia Limited (AAL) is a not-for-profit company limited by guarantee whose members are Australian universities and research organisations involved in astronomical research. AAL manages programs providing access to astronomy infrastructure and is guided in its activities by the Astronomy Decadal Plan. Unlike the NCA, AAL is a legal entity and can hold or disperse funds on behalf of the astronomy community.

The Society provides a representative on:

The ASA is Trustee of the Foundation for the Advancement of Astronomy (FAA). The FAA is a tax-deductible Foundation intended to enhance the ASA’s efforts to promote Astronomy and related fields in Australia, and to recognise and support excellence in those fields. The purposes of the FAA are very broadly defined to allow the support of prizes, scholarships, research and facilities.

The Society is a member of:

The Society is a signatory to the Washington Charter that acknowledges the responsibility of astronomers to effectively communicate astronomy to the public for the benefit of all.

The Society also maintains a list of Australian Astronomical Societies. One function of this list is as a reference for NSW Police for the purposes of regulation surrounding hand-held laser pointers (see the ASA’s Astronomy Factsheet No.22 on laser pointers). Listing implies no endorsement of any Society or its activities.

Information is distributed to members primarily via an Email Exploder, with recent emails archived.

Publications of the Astronomical Society of Australia (PASA)

The Final Report (pdf 43 pages/480kB) on the General Assembly is available, along with Report Annexes (pdf 116 pages/3.8MB) giving more details and associated documents.

Several Society reports are publicly available on the Reports page:

Some other documents are not publicly available. Please contact one of the ASA Secretaries if access is required.

The business of the Society is conducted by a Council elected by a ballot (if necessary) of the members every two years. The Council also invites one student member, elected by the students every year, to attend meetings as an observer, to represent the interests Australian postgraduate students at the meeting and report back to the student members.

CHAIR, Editorial Board for PASA 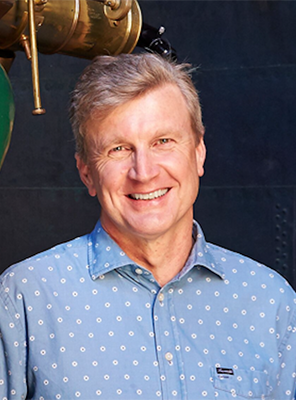 CHAIR, Editorial Board for PASA

Past Council members are listed in the following files:

A list of all Honorary Fellows of the Society to date is available.