The Richard Cole Fund was founded on a donation from Dr Martin Cole, the foundation Chair of Astronomy Australia Limited (AAL), to the Foundation for the Advancement of Astronomy. The funds are directed towards supporting ASA activities for students – in particular the ASA/ANITA Summer School in Theoretical Astrophysics and the Astroinformatics School.

Dr Cole’s donation was made in memory of his son, Richard, who died tragically of an aneurism while riding a jet-ski off the beach at Rye, Port Phillip Bay.

Richard graduated with a BSc in Computer Science and rapidly rose to the level of retail store manager for a telecommunications company. He was being groomed for a major and expanding role in the family electronics manufacturing business. Richard was a popular and charismatic person with a huge crowd of friends. He played competition basketball and was a keen tennis player. With his father, over the years he played football and squash, and pushed the jet-ski to its limits. He was a great support to his father in the Cole Racing Team racing marque sports cars. 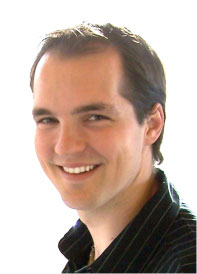 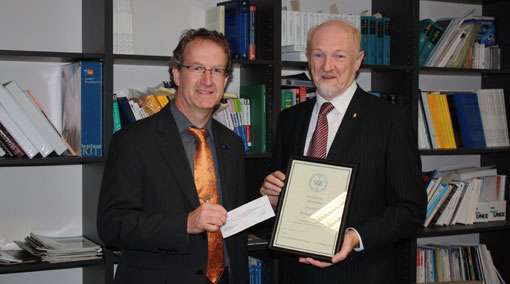 Above: ASA President Lister Staveley-Smith accepting the donation from Martin Cole and presenting a certificate of appreciation in return. (December 2010)