Professor Anne Green retired from astronomy research in 2017 and this prize was established to honour her extensive contribution to astronomy throughout her successful career. Professor Green was the first female PhD student to be enrolled in the School of Physics at the University of Sydney. She received her PhD in 1973 and after a 15-year break from astronomy (1975-1991), went on to build a prolific career focussed on the ecology and structure of the Milky Way Galaxy. Professor Green was the Director of the renowned Molonglo Observatory for more than a decade and she was appointed the first female Head of Physics at the University of Sydney in 2007. She was also President of the ASA from mid-2003 to 2005 and served on Council for six years. Amongst all her scientific achievements, Professor Green has also been a passionate advocate and inspiring example for Women in Science. 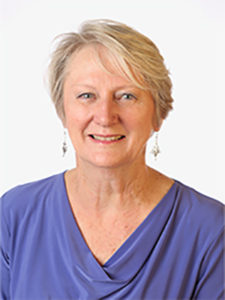 The Anne Green Prize medal shown above features the stars of Carina and Vela over the Molonglo Observatory radio telescope.

Professor Anne Green was named a Companion (AC) in the Order of Australia in the 2022 Queen’s Birthday Honours list  for eminent service to science, particularly physics and astrophysics, as an educator and researcher, as a mentor to colleagues and students, and a role model to women.

The Anne Green Prize is awarded annually by the Astronomical Society of Australia for a significant advance or accomplishment by a mid-career scientist. The Prize will be awarded based on a nominated body of work that supports the scientific accomplishment and the subsequent impact of the research. The research can be in any area of astronomy or a closely related field.

The Prize consists of the Anne Green Medal together with an award of $2,500 and ASA membership for the following calendar year. The recipient will be invited to present a paper on their research at the Annual Scientific Meeting of the Astronomical Society of Australia, where the prize will be presented.

The Anne Green Prize is now open for nominations with a closing date of Wednesday 15 February 2023.

To be eligible for the Prize, the applicant:

* Acceptable leaves of absence from active research will be taken into consideration when determining eligibility.

Nominations can be from a Department Head or a colleague. Self-nominations are acceptable.

Submissions should be emailed to the ASA Prizes and Awards Coordinator, Dr Tanya Hill – thill@museum.vic.gov.au.

Limited travel funds to support attendance at the ASA science meeting may be made available at the discretion of the ASA Council.

(based on year in which the award was made. The work was completed in the previous year.)

2022 – Natasha Hurley-Walker (Curtin University/ICRAR)
For her leadership and design of the MWA GLEAM survey that produced an important new all-sky radio catalogue. The survey led to wide range of research and had a broad impact across astrophysics. In particular, work  led by Natasha resulted in identification of a new class of long-period magnetars. This discovery gained very large publicity with wide popular media coverage and outreach.

2021 – Keith Bannister (CASS)
For pioneering work on Fast Radio Bursts (FRBs), impact in terms of success of ASKAP and successful implementation of the FRB search mode, and for opening a key new area having impact in high energy physics, galaxy evolution, the IGM and cosmology.
2020 – JJ Eldridge (University of Auckland)
For work on Binary Population and Spectral Synthesis, BPASS code, which has been important, high-impact code applicable in diverse fields of research from high-redshift galaxies and reionisation to nearby galaxies and stellar evolution.
2019 – Mark Krumholz (ANU)
For contributions to our understanding of the origin of turbulence in the interstellar medium of galaxies, and its relationship to star formation and mass transport.
2018 – Barbara Catinella (ICRAR)
For her unique contributions to the studies of cold gas in galaxies, and her leadership of state-of-the-art projects in the field of gas in galaxies and its connection with star formation