During her short but highly productive career, Dr Charlene Heisler became an internationally-renowned astronomer. She moved to Australia in 1993 to take up a postdoctoral position at the Anglo-Australian Observatory and continued to work in Australian astronomy until her death in 1999 at the age of 37. Charlene was known for her encouragement and guidance of her students, demonstrating that good science is fun and good scientists can be warm, sincere, people. A brief outline of Charlene’s astronomical career has been written by Ray Norris.

The Charlene Heisler Prize is awarded annually by the Astronomical Society of Australia for the most outstanding PhD thesis in astronomy or a closely related field, accepted by an Australian university. The thesis research must show outstanding excellence and originality.

The Prize consists of the Charlene Heisler Medal together with an award of $1000 and ASA membership for the following calendar year. The recipient is invited to present a paper on their research at the Annual Scientific Meeting of the Astronomical Society of Australia, where the prize will be presented. 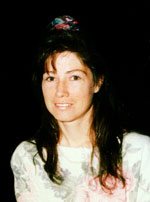 Above: The Charlene Heisler Prize medal featuring a multi-wavelength view of CEN-A.

A nomination will consist of:

Submissions should be emailed to the ASA Prizes and Awards Coordinator, Dr Krzysztof Bolejko: krzysztof.bolejko -@- utas.edu.au

The assessment committee nominated by the ASA Council will evaluate the submitted materials and make a recommendation to the ASA Council. The decision of the Council is final, including any decision not to award a prize in any given year.

Limited travel funds to support attendance at the ASA science meeting may be made available at the discretion of the ASA Council. The prize winner will also be encouraged to submit a synopsis of their thesis research to the Publications of the Astronomical Society of Australia. A full paper on the research would also be welcomed.

(based on year in which the award was made. The work was completed in the previous year.)

The Charlene Heisler prize was instituted in 2000 by Charlene’s colleagues, with the generous support of many members of the ASA. It was originally offered as a prize to reward excellence at the undergraduate level, on the basis of an essay on astronomical topic. The prize was awarded in 2000 to Ewan Cameron from ANU for his essay on ‘Gamma Ray bursts’.

Low student interest in subsequent years led to no awards and a reassessment of the program. In 2005 a new attempt was made, targetting high school students, but the response was again disappointing. The first award of the Prize for a PhD thesis was made in 2006.