The ASA recognises outstanding contributions in astronomy or a related field by the award of Robert Ellery Lectureships. Robert Ellery was Director of Melbourne Observatory for much of the second half of the 19th century, and one of the outstanding workers in Australian astronomy in that era.

In awarding the Robert Ellery Lectureship, the Council may give particular attention to contributions, or relevance, to astronomy in the southern hemisphere. Nevertheless, the award may be made for contributions in any branch of astronomy or a related field. The recipient of the Lectureship is invited to present a keynote lecture at the Annual Scientific Meeting of the Society, or another approriate time, and also receives a certificate and an award of $2,500. 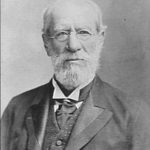 Nominations for the next award should be submitted to the ASA Council through one of the ASA Secretaries.