Professor Peter McGregor was a highly dedicated scientist and a leader in astronomical instrumentation development. He received his PhD from Mt Stromlo Observatory in 1981, and after spending two years as a Carnegie Fellow in Pasadena, returned to Mt Stromlo to build an exceptional career at the ANU Research School of Astronomy and Astrophysics until his death in 2015 at the age of 59.

Peter designed and built instruments that brought significant scientific capability to the Australian astronomical community. He was the driving force behind two outstanding instruments for the Gemini 8m telescopes, the Near-Infrared Integral Field Spectrometer (NIFS) and the Gemini South Adaptive Optics Imager (GSAOI). He also led the design of a spectrograph (GMTIFS), that will be used in the next-generation Giant Magellan Telescope. Peter’s colleagues Matthew Colless and John Norris described him as ‘a quiet achiever; he was fair and modest and he had great common sense. When he spoke we listened.’ 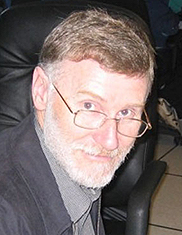 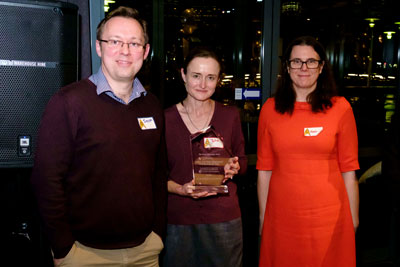 The Peter McGregor Prize is awarded by the Astronomical Society of Australia in recognition of exceptional achievement or innovation in astronomical instrumentation. The prize is normally awarded every three years.

The award is made to an individual or team for the design, invention or improvement of astronomical instrumentation and associated software techniques that have enabled significant advances in any areas of astronomy, without restriction to wavelength or space/ground-based observations.

To be eligible for the Prize the nominee or leader of a nominated team must be an Australian citizen or permanent resident at the nomination deadline OR the nominated work must have been primarily carried out for or by an Australian institution.

The Prize consists of a plaque together with an award of $5,000. The recipient will be invited to present a paper describing the achievement at the Annual Scientific Meeting of the Astronomical Society of Australia, where the prize will be presented.

The call for nominations usually occurs in the December prior to the award year. Self-nominations are acceptable.

The nomination materials should be addressed to:

(based on year in which the award was made)

The Distributed FX Correlator (DiFX) is a software package that contains tools necessary to turn an array of radio telescope signals into a functioning radio interferometer. The DiFX has contributed significantly to reducing the barrier to entry and play a major role in radio astronomy research internationally. The system has enabled a wide range of science, as testified by the very high number of references to the key technical papers. The open-access nature of the software has put a new tool in the hands of astronomers, with demonstrated positive results. Its scalability and adaptability has and continues to enable researchers to tailor its behaviour and pursue what would otherwise be difficult science goals.
2016 – The SAMI Instrument Team
The development by the SAMI (Sydney-AAO Multi-object Integral-field) Instrument Team of the ‘hexabundle’ technology has been the primary enabler for the SAMI instrument, representing a significant leap in capability for multi-object spectroscopy. This instrument has made possible a qualitatively new view of galaxy structure and formation, and the long-term impact is likely to continue to grow through ongoing observations, as well as future developments of new instruments based on further developments of the technology.